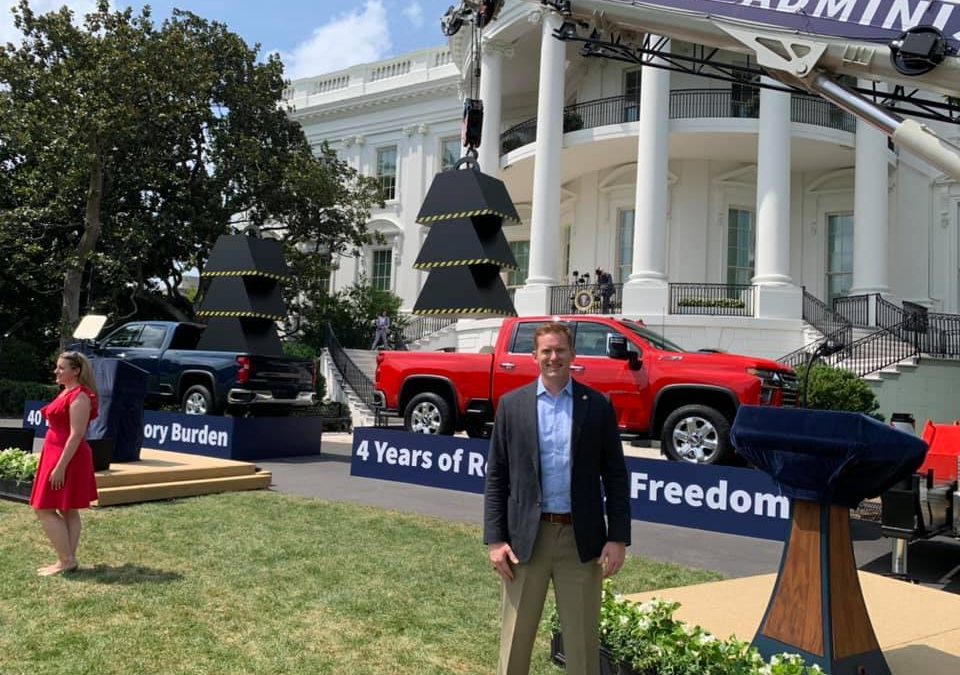 Following the signing of HB 2046 into law, Rep. Grier was recognized by the White House as a champion of regulatory reform. Thursday, on the White House South Lawn, Missouri and Grier’s bill were highlighted for its impact on the White House’s larger Initiative on Regulatory Innovation. This initiative, led by Vice President Mike Pence, aims to cut regulations and costs, advance occupational licensing reform, and better align local, state, and federal regulations.

“It is an honor to be invited to the White House and be recognized for reform that makes Missouri the nationwide leader in knocking down harmful barriers to entry and allowing greater worker mobility,” said Rep Grier before the event.