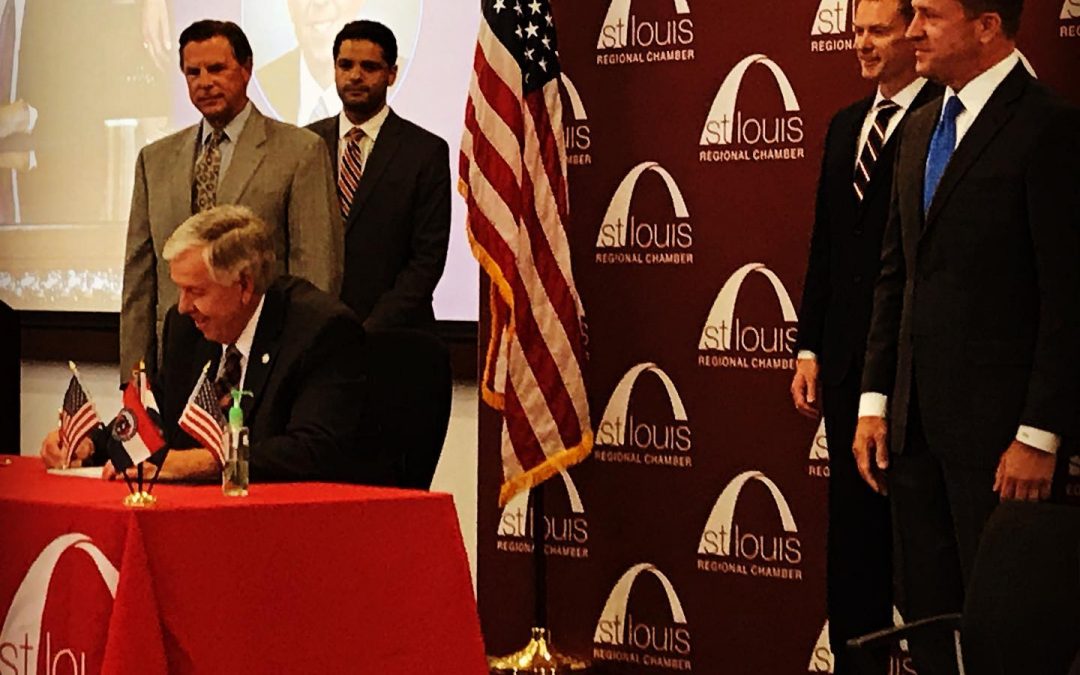 On July 6th, Governor Mike Parson signed Rep. Grier’s House Bill 2046 into law. HB 2046 expands license reciprocity provisions in Missouri. The newly signed bill recognizes occupational licenses held by workers coming to Missouri from other states. Any licensed individual coming to Missouri who has been practicing their profession in good standing for a year is eligible to receive a Missouri license, eliminating duplicative and often costly requirements to gain government permission to work. The bill also bolsters workforce development and criminal justice reform with its inclusion of the Expanded Apprenticeship Act and the Fresh Start Act.

Missouri now leads the country in occupational license reform, criminal justice reform, and access to apprenticeships. Because of this bill, professionals can move to Missouri and practice their profession without delay. Prior offenders, who served their time, are given a path to reintegrate into society and pursue licensed work. Lastly, apprenticeships as a path to licensure has been expanded.